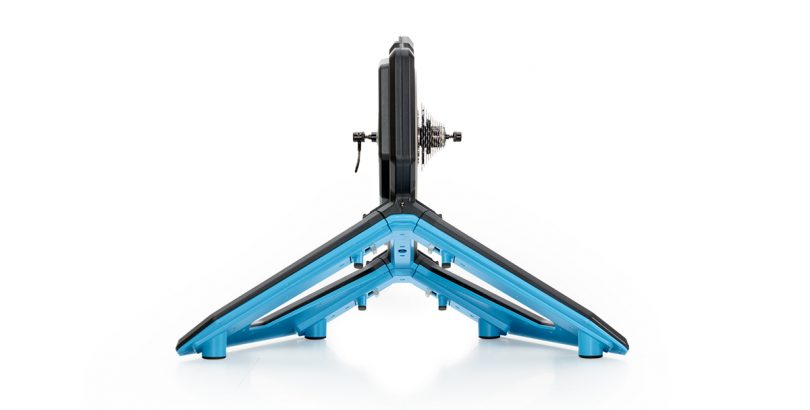 When I met with Tacx a couple of months ago, I asked them if they were going to release an update to the NEO. They looked at me and smiled and said nothing. At that moment, I knew something was cooking at Tacx headquarter in the Netherlands. After all, we haven’t seen a new NEO since 2015 and this trainer was due for an update. Actually, I was totally ok with Tacx not updating the NEO because I did spend $1,699 to get mine at that time and wasn’t ready to drop that kind of money again. 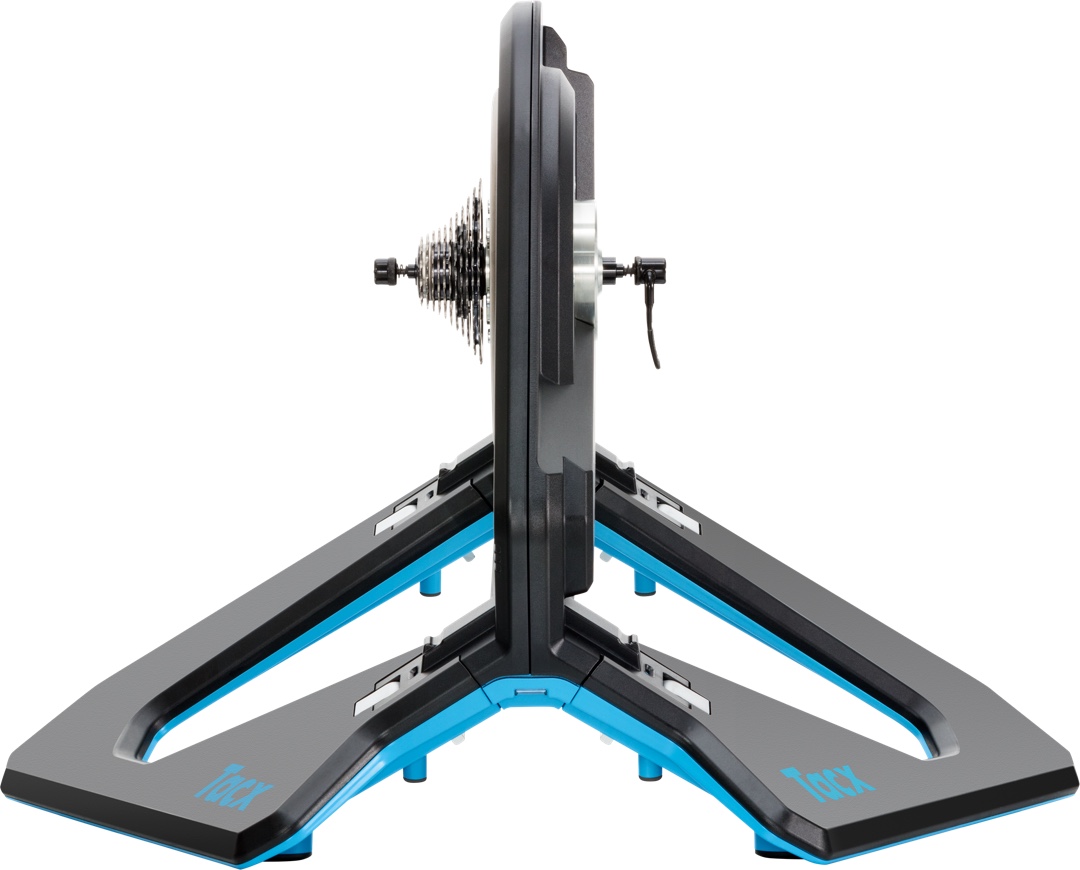 These are all the updates with the NEO 2 smart trainer:

The NEO 2 features Tacx’s blue color at the bottom and better internal components. They also added a “capacitive” cadence sensor.

In the original NEO, cadence was estimated. It was good but not perfect but with the NEO 2, instead of estimating cadence, Tacx built a magnetless cadence detection system. According to Ray Maker, “the company has created a magnetless cadence detection system inside the NEO that can detect objects passing by both sides of it. While it can detect all sorts of objects, the strongest object that passes by each pedal stroke is the spindle of the pedal, which allows them to start tracking the stroke and exact angle measurements.” 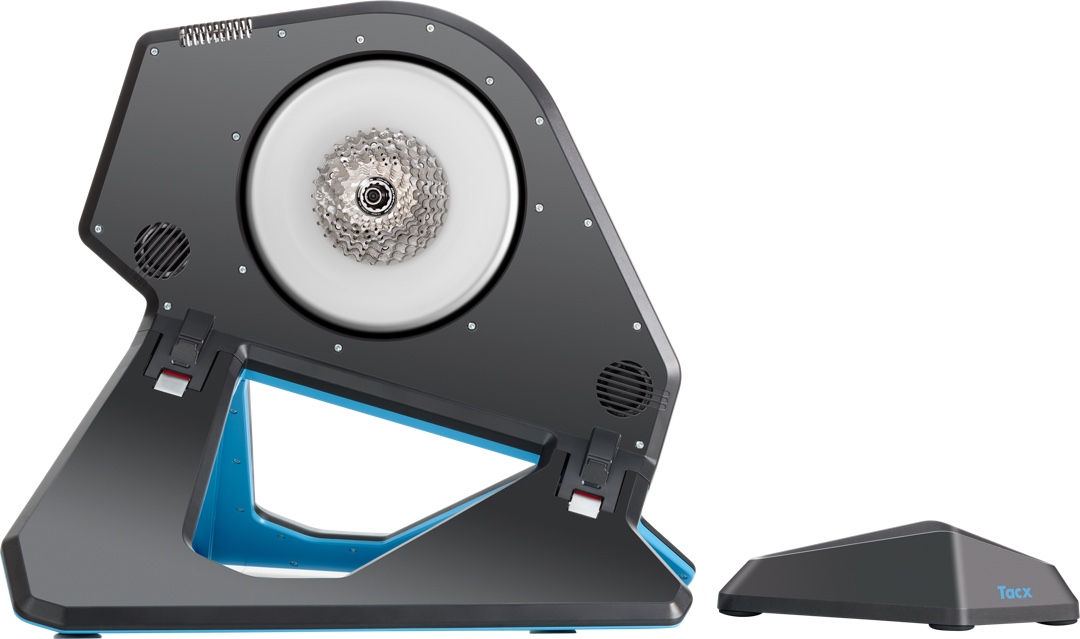 The NEO 2 comes with an improved chip and better components to make it more responsive, and quieter. Also, it looks like Tacx is planning on adding additional features that will only be available on the NEO 2.

Also, like the NEO, it is equipped with Dynamic inertia. In contrast to the mass inertia of a flywheel, Dynamic inertia compensates for weight, speed, and angle of inclination, improving the cycling feeling significantly.

The NEO 2 is equipped with the same resistance unit as the NEO. It’s able to simulate incline gradients up to 25% and sprints up to 2,200 Watts. Also, the NEO and NEO 2 is probably one of the best trainers that can provide maximum resistance when cycling at low speeds, small gears, and very steep climbs.

The NEO 2 Smart doesn’t require an external power source as it generates its own energy. Therefore you can train anywhere you want without having to carry your own power supply.

The NEO 2 is available to order today if you are in Europe. For the USA, Canada and the rest of the world, you will have to wait until mid-Decemberember.

You can find and order the NEO 2 at CleverTraining today.