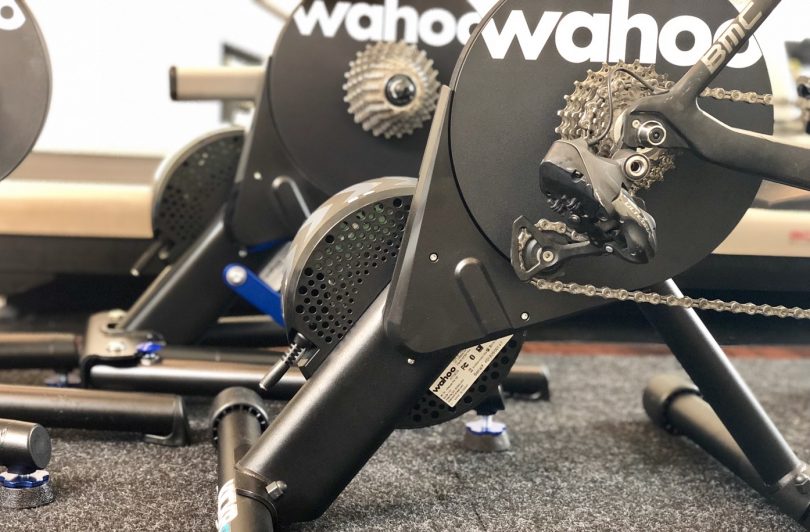 The news of the all-new KICKR Bike took the spotlight yesterday but Wahoo also updated the KICKR and KICKR Core with integrated cadence measurement. This would’ve been headline news any other day but I placed a tiny little paragraph of it in yesterday’s post since I didn’t had a chance to put the final firmware to test and it didn’t show up on my end until the evening.

I’ve been complaining to Wahoo about including integrated cadence into their KICKRs for the past two years, and I did bring it up personally to Wahoo’s Founder and CEO, Chip Hawkins last year.

Since Zwift released an Apple TV version. The lack of an integrated cadence measurement made pairing the KICKR to Apple TV more of a science experiment. Apple TV limits the number of Bluetooth connections to only two devices (not counting Apple remote). So you can have a trainer paired as a controllable and power as one connection, then you are left to chose between pairing a heart rate sensor or cadence.

Some solutions existed out there and it gave a decent spike in business to companies like CABLE and 4iiii. So maybe this isn’t particularly a piece of welcome news for some.

Wahoo has been working on this firmware update since last year and I was expecting it to be released late last year or early this year. But now we have it and you can go and update yours.

To perform the update, you need to open the Wahoo Fitness mobile app and pair to your KICKR. Once, paired, it should prompt you to update to the latest firmware (v.3.4.69). Follow the instructions on the screen and should take a minute or two to complete the update.

pair it to your Apple TV as a controllable trainer, power source, and cadence. You will see the KICKR BLE id in the connection. This is good to know if you are in a group and there is more than one KICKR around. You can find your KICKR ID in the Wahoo Fitness app as you see in the screenshot above.

I had a chance to put it through a full workout on Zwift this morning using my Apple TV 4K and everything looked ok. I saw some spikes that I didn’t notice until I looked at the data. I wouldn’t say it was % match with my Assioma pedal as I saw some separation but I am talking about 1 or 2 rpm. Not that big of a deal for me.

I would say, overall it was ok, but not perfect and I am good with it. If you want perfect cadence measurement, then a cadence sensor is what you want.

But the other really significant updates the the multi-Bluetooth channel support. This should eliminate any connection issues you might have had when using Bluetooth. You can have it paired to Zwift and leave it paired to the Wahoo Fitness app.

For example, this morning at the beginning of my ride, I noticed ERG mode smoothing was turned on. To turn it off, I simply opened the Wahoo Fitness app and turned it off while I was riding in Zwift. You can see the difference in power line in the below chart.

This was a welcome update from Wahoo. The KICKR was the last trainer standing without cadence. Is it perfect? Not really and it’s important to understand the difference between estimating cadence and actually measuring it with an actual sensor. I am fine with it and it will probably be more than adequate for most people.