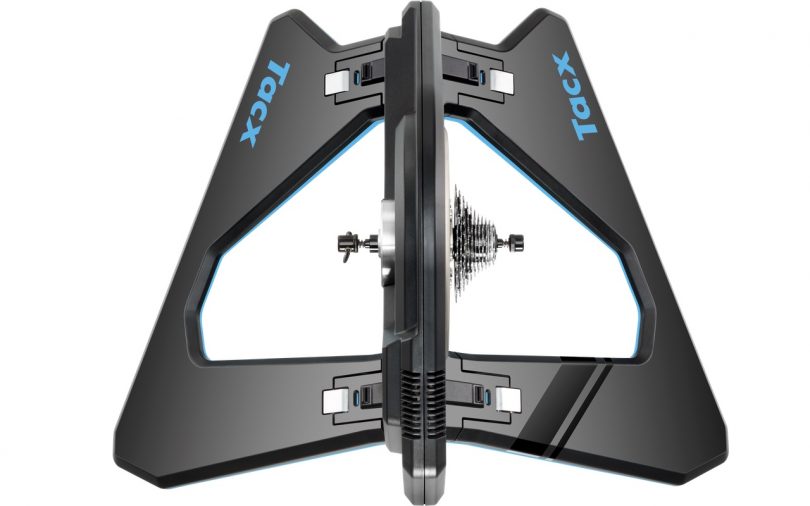 Tacx released an update to its flagship smart trainer, the NEO. The new NEO 2T addresses one problem the previous NEO 1 and 2 had which is the virtual flywheel slippage felt mostly when climbing or pushing high watts at low flywheel speed.

The NEO 2T new motor design improves ride feel mainly during a climb or acceleration. This upgraded motor also delivers more power allowing for higher resistance levels during sprints or at low flywheel speed and eliminating the virtual wheel slippage. Tacx also made some changes to the magnets and noise coming from internal air displacements making it even quieter than previous NEOs.

The rear axle of the NEO 2T Smart is redesigned in order to make it compatible with more bikes, without the need for adapters. It is directly compatible with all bikes, only for 135×10 and 135×12 you’ll need an additional adapter.

The NEO 2T will be available at retailers here in the U.S. early October and is priced at $1,400.

Here is an initial look from Shane Miller