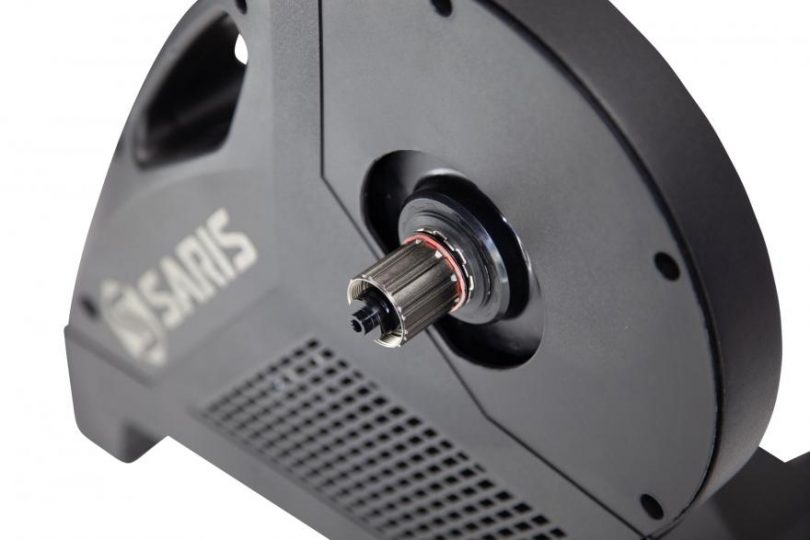 One week ahead of Eurobike, Saris unveiled their latest direct-drive smart trainer the H3. Also, Saris did some rebranding and the CycleOps name is no longer there. So from now on, replace everything with CycleOps to Saris. So the CycleOps H2 is now Saris H2, CycleOps Magnus is now Saris Magnus or M2. With that out of the way, let’s talk about the SARIS H3 and also the new motion platform, the MP1 Nfinity1 (AKA Rockers).

The H3 features the same specs as its predecessor the H2 but much quieter and retails for $1000. This is a high-end trainer but priced $200 cheaper than other trainers at its level. Looks like Saris figured out a way to bring the price down somehow or decided to be more aggressive and be more content with a lower profit margin and hope to capture more market share from Wahoo. Either way, this makes my pocket and your pocket a lot happier.

Back to noise, Saris claims the trainer is quiet and claims that it is 59 decibels at 20mph, compared to the 66 decibels of the previous model. I will verify these measurements once I get my hands on a final production model. But according to some of the early reviews, the trainer seems very quiet.

The H3 retails for $1000 and expect availability in early October.

The MP 1 platform is a new type of rocking platform. Aside from the side-to-side rocking motion, it also has a fore-aft movement. The idea behind these rocking platforms is to give you a more realistic feel and increase comfort during those longer rides.

The MP1 Nfinity trainer platform has a max fore-aft movement of 9.6″ and weight around 62 lbs. It retails for $1,200. I’ve also seen it for $1000 at Outdoorplay and you might even get an additional discount with my code: TARQ15. Expect delivery in early October.

With that, thanks for reading!