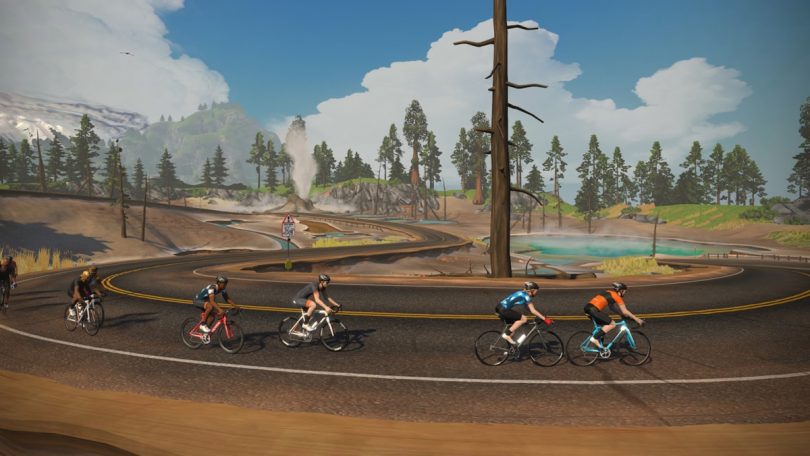 Zwift released their latest expansion today that takes place in Watopia. The new stretch of roads draws inspiration from the High Sierras, home to the world-famous Sequoia National Park.

In this update, Zwift also added support for the 2019 Zwift Academy program and fixed some bugs and optimized the app for older iOS devices

Titans Grove is interlinked with Zwift’s last expansion into the desert, Fuego Flats, the woodland is packed full of animals and greenery. The new section of road snakes its way through the undulating forest and features three gradual climbs. Each lap features 520ft / 158m of elevation gain.

You can get to the new route from the main menu after pairing your trainer. Select Watopia, then go to the route selector menu.

Didn’t get to ride the new course yet? Here are some photos:

You can also take a ride with Shane Miller: