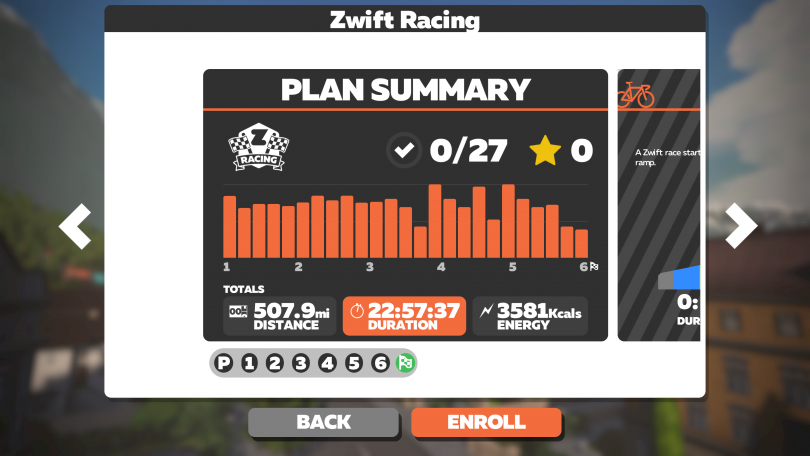 Zwift just released an update with a number of new features, enhancement and bug fixes. This update will be available to download on all platform starting with your PC or MacOS and will trickle down to iOS and Apple TV as the new update gets approved and pushed to your device.

Zwift added a Zwift virtual racing and eSports specific training plan to their “Plans” library. The plan is designed to prepare you for the demand of Zwift racing and includes workouts that simulate Zwift racing, sweet spot work, and race start simulation.

The plan is 4 to 6 weeks long and you should expect 4 hours of riding per week. This plan is designed to be done after a solid based build. Meaning, you need to have a decent fitness going into this plan.

eSports specific training plans are nothing new. The Sufferfest released a number of these plans last year and designed to prepare you for different type of eSports specific events.

To find and join this plan:

Navigate to the Plans section.

Under the Cycling Plans, browse all the way down until you see Zwift Racing.

Select View Plan and then Enroll and begin your suffering.

Zwift also added a new version of the RAMP test designed for lighter or new users who want to start out at a lower wattage and ramp up in smaller steps.

You can find the RAMP test and RAMP Test Lite under the Workouts > FTP Tests.

OTHER NOTABLE UPDATES AND IMPROVEMENTS