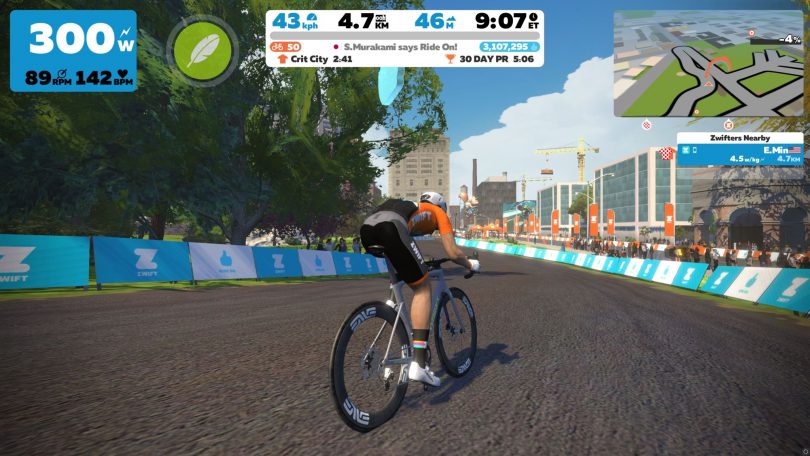 Zwift released a new update last night. The new update includes a lot of bug fixes and some new features. But the main features of this update is the addition of new off-road specific bikes to the bike shop as well as adding a couple of off-road training plans.

The new off-road bikes are available through Zwift Garage and can be purchased using your sweat points.

Zwift also added a number of new badges and achievements which you can find under the badges menu.

A Zwift user created a Google spreadsheet with all the current available badges with a tick box to mark them off as you get each one. You can find the spreadsheet here.

Zwift also built an event-specific 2km world called “Crit City”. Eric Min, Zwift CEO, posted a Strava Ride and teased us with a screenshot. This is an event-specific course and designed for a small number of riders. Crit events should start to appear later this month which you can join.

Zwift also teased us of a new menu interface that should show up in the near future. This new interface should appear first on Apple TV next month and then make its way to all devices. Zwift interface on Apple TV is known for being buggy and hard to use so hopefully this new menu system makes it easier to navigate.

Zwift also hinted on new features for runners coming in the near future. Also, they are working on different ways to steer within Zwift.

OTHER NOTABLE UPDATES AND FIXES