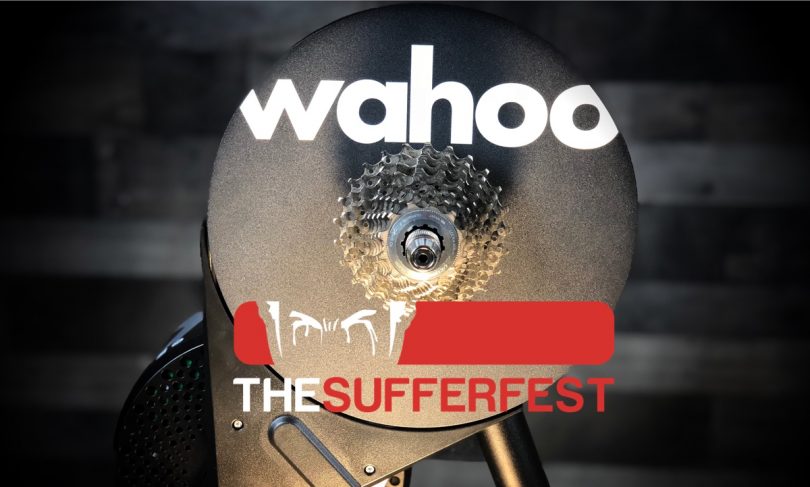 The indoor cycling industry is growing very rapidly and for the past few years, we’ve seen companies try to take a slice out of the indoor cycling pie with cycling apps, smart trainers, even tables and a smart fan to accommodate our sweat and messiness.

With so many players in the market, acquisitions are doomed to happen. We saw Garmin take over Tacx earlier this year, and now Wahoo Fitness took over the indoor cycling app, The Sufferfest. Terms and details of the deals are undisclosed as both companies are privately held.

The Sufferfest is mostly known for its indoor cycling videos; however, they also offer their subscribers with a comprehensive, structured cycling training plans, and running workouts designed by elite coaches. They also offer strength training, yoga for cyclists, and a mental training program.

This acquisition isn’t the biggest in this space we’ve seen but most likely will have the biggest impact and there are some winners and losers that will emerge as a result. Here’s my take:

The Sufferfest: David McQuillen, the founder of The Sufferfest, had to reinvent the company a few times over the past 10-years to adapt to market changes. They went from a media company selling downloadable videos – I was one of their customers almost 10-years ago and downloaded a number of their videos – to a successful subscription-based company with a “sports science division”. And just last week they introduced a new eSport specific training plans. However, they were always third behind Zwift and TrainerRoad and lacked scale and hardware integration.

This acquisition provides The Sufferfest with the necessary funding to continue to develop and develop fast. David has already promised an Android version and hopefully Apple TV (keeping my fingers crossed).

“Wahoo wants us to build it”

The Sufferfest has been available for desktop on Windows and Mac OS and also available on Apple iOS devices (iPhone & iPad). Because of cost, lack of resources, and the defragmentation of Android devices, The Sufferfest decided to stay away from Android. However, that kept a lot of potential customers from using The Sufferfest. Wahoo Fitness has been using Android OS on their devices so they might be able lend them a hand at least with experienced Android developers.

Wahoo Fitness: This acquisition fits into Wahoo’s indoor cycling ecosystem nicley. They had a gap in their software, content, and commercial KICKR Studio business. The Sufferfest can get them closer to closing that gap.

This acquisition also adds a subscription business to Wahoo’s product line. It’s unknown how many active subscribers The Sufferfest has but this adds a new and a more predictable revenue stream. Also, this allows Wahoo to build a better relationship with customers by engaging with them on a more frequent basis rather than a one time sale of a smart bike trainer.

I don’t see Wahoo closing its ecosystem like some have speculated. In fact, Wahoo’s founder and CEO made it clear in the press release that “Wahoo remains committed to the growth of the indoor training and fitness sectors and will continue to integrate and collaborate with as many leading software providers as possible.”

Wahoo has always wanted to be an open platform and I don’t see that changing any time soon.

It’s possible though to see Zwift buy their own smart bike or a smart trainer company and close their platform if they want to follow Peloton business model. That worked for Peloton though but I don’t see this working in this sector. But if Zwift decide to go that route, Wahoo can survive on its own.

TrainerRoad: This acquisition puts TrainerRoad in an interesting position. Do they sell or keep doing what they are doing? Don’t get me wrong, I love TrainerRoad and have been a paying customer since they were in beta. But they haven’t been on the cutting edge in technology either. Their workout player has been almost the same since day one. They have one of the best training plans out there, and they’ve developed a great analytics tool. But we are seeing more AI type application that can build a full workout plan, continually adapt to your performance, and can even adapt the workout to how you feel in the middle of your session.

The Sufferfest workout plans might not be as robust or comprehensive as TrainerRoad but they have great coaching on staff, offer custom plans, close integration with TrainingPeaks, and now the backing of a large company.

All Other Trainer Companies: Tacx, Elite, Kinetic, and Bkool offer their own training applications. Some are limited to only work with their own brand of trainers or have limited hardware inegration. Also, non has a dedicated fan base or following like The Sufferfest has.

It’s unknow what Wahoo will do with this acquisition. They can use The Sufferfest to lure in more customers, package it to sell more trainers, or further develop their KICKR Studio business.

We are really pleased to bring together the Wahooligan and Sufferlandrian communities. We share a common passion for the performance of endurance athletes and our collective knowledge will provide additional benefits to athletes everywhere.