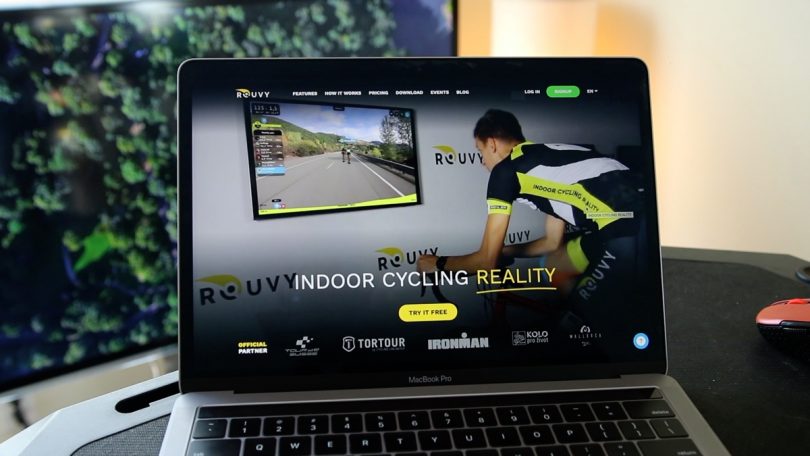 All features offered by Rouvy will be included under the new subscription plan umbrella. So Rouvy AR, workouts, and all their video routes and route creation will be included for $15 per month.

“To be able to work on desired features, we need resources that would allow us to grow our team.” Petr Samek, Rouvy CEO said in an email sent out to Rouvy members. “In the last 21 months, Whilst  ROUVY AR has been uncharged, we have introduced over 130 AR routes, new avatars with custom jerseys, new races with our partners and much more.
To manage sustainable development, we feel the need for the introduction of a subscription plan for ROUVY AR and an update of the existing pricing plans. That is why, after 21 months of keeping ROUVY AR free of charge, we are now introducing a subscription plan.“

Rouvy Augmented Reality (AR) simulation technology that overlays 3D objects over real-life video footage, has been in development for the past two years. ROUVY has rolled out over 130 AR routes, new avatars with custom jerseys, digital races with the pro riders and triathletes, and an official partnership with IRONMAN and race organizers from around the world.

Earlier this year, they introduced “The Digital Swiss 5” racing series that was organized with the Tour de Suisse. Then, as the pandemic rolled in and races got canceled everywhere, Rouvy became the official cycling platform for the IRONMAN races.

As part of the new pricing structure, Rouvy is scratching off the annual and six months discounted subscription options and only offering one monthly option.