Almost one year after they first announced the development of Zwift for Android, the company finally dropped their first public beta version of the Zwift App on Google Play and you can download it now from the Google Play store. This is a public beta release, meaning, it’s still in development and might be lacking some features or run into some bugs.

With this public beta, Zwift is hoping to test and monitor how the software performs across the broad spectrum of Android devices.

According to Jon Mayfield, co-founder of Zwift and graphics programmer:

“An android phone will almost certainly be the worst of all ways to run it when we do release it. This is due to the massive device fragmentation, fragmented operating systems, and drivers (Bluetooth, sound, and graphics all matter to Zwift).   Then there’s the fact that Android devices have poor 3d processors, except in all but the $750 phones (and even then they are a fraction of the speed of a new iPhone).   The 3d performance is key to what Zwift is trying to do.”

According to the release notes, the app has few known issues they are working on. These are:

Currently, we don’t have a clear idea of which devices can run the Zwift Android version. As stated above, Zwift requires a fairly high requirement to run. The easiest way to check if your device can run Zwift is by going to the Google Store and try to download the app. You should see a message like this one if your device isn’t compatible: 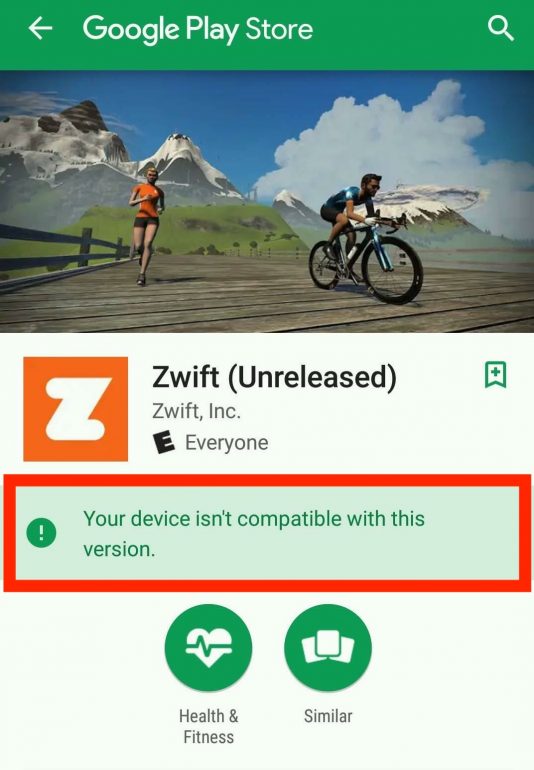