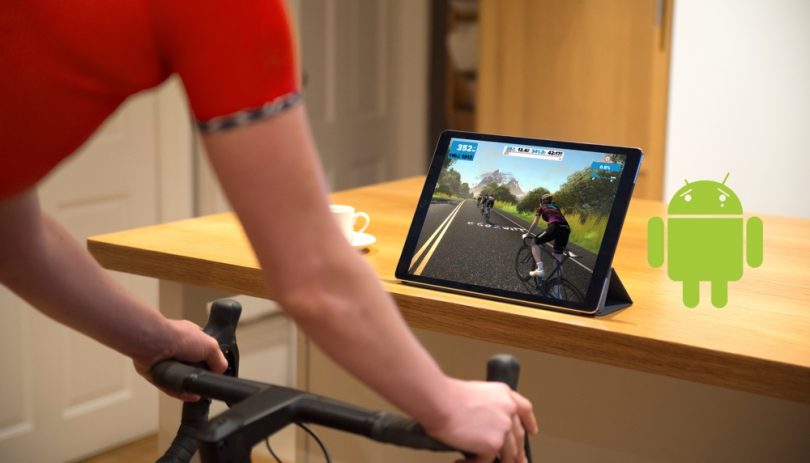 Zwift earlier this year at Eurobike announced the development of an Android version of Zwift. Currently, if you want to run Zwift, you have to either use an iOS device, OSX, or a Windows PC.

According to Zwift, they are about 70% done so they got ways to go.

I can say it runs pretty smooth on a new Samsung Galaxy S8 or Pixel tablet, but we still have some hurdles to overcome.

However, the bigger issue they are running into is the defragmentation with Andoird devices, fragmented operating system, audio, screen resolution, and Bluetooth. All these are very important to Zwift. Here is what Jon Mayfield, co-founder of Zwift and graphic programer said:

As a heads up though, an android phone will almost certainly be the worst of all ways to run it when we do release it. This is due to the massive device fragmentation, fragmented operating systems, and drivers (bluetooth, sound, and graphics all matter to Zwift).   Then there’s the fact that android devices have poor 3d processors, except in all but the $750 phones (and even then they are a fraction of the speed of a new iPhone).   The 3d performance is key to what Zwift is trying to do.

For these reasons, and more, we focused first on where the hardware was that could do what we needed to do – and that was Apple.   This gave android device manufacturers time to play catch up in the 3D hardware game, and while they are still generally 1.5 years behind in performance from iPhones at least there are top tier phones that can run Zwift reasonably well now.

I’m a long time android user, and have actually been on teams who made android devices from the ground up (circuit boards and all), but we have to be real here and understand the limitations when it comes to what these devices are capable of.

This is all bad news for Android users. If you are waiting for an Android version, you probably should look at alternatives to run Zwift. The cheapest option –and possibly one of the best options – is to get an Apple TV 4K ($180) and run Zwift that way. However, Zwift tvOS is still in beta, but I expect it to be out in the next few weeks or later this year.