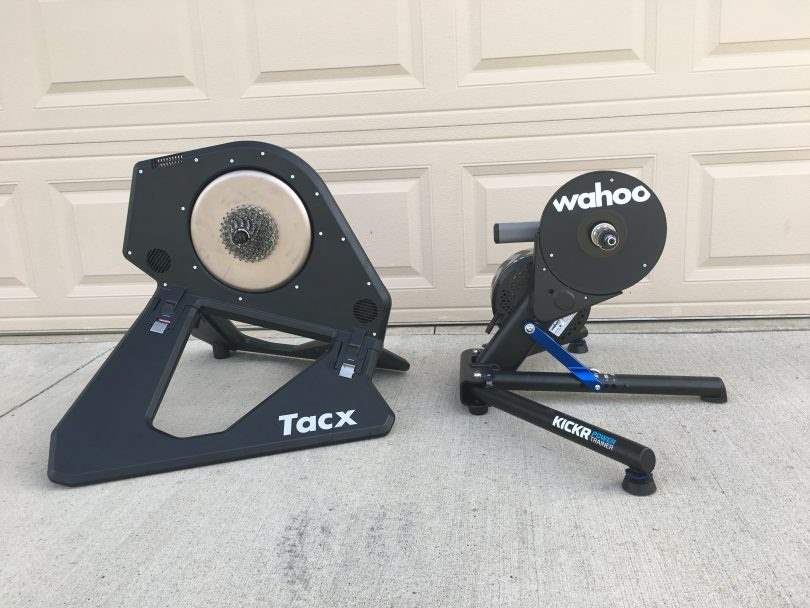 Smart trainers like Wahoo’s KICKR, Tacx NEO and others offer a lot of nifty little features. One of these is ERG mode. If you are not familiar with this term, then let me explain what ERG mode is.

WHAT IS ERG MODE?

ERG mode is basically a function where a smart trainer, like the KICKR or Tacx NEO, sets your resistance for you to match your goal wattage rather than leaving this on your shoulder. So, if you are following a structured plan like a good cyclist, and the plan calls for 200 watts, usually you have to pedal faster or change gear or a combination of both until you hit 200 watts and then you try to stay there for the remainder of your interval. With ERG mode, the trainer will automatically change the resistance for you until you hit 200 watts regardless of your cadence, and gear selection.

So as long as you keep pedaling and don’t come to a stop, you will slowly feel the trainer’s resistance increase until you reach your goal wattage. Then it will keep you there for the remainder of the interval. It’s like putting the trainer on auto pilot. Whether you are pedaling at 120rpm or 50rpm, the trainer will adjust to keep you at 200 watts.

Some trainers do ERG mode better than others. If you keep your eyes on your watts while in ERG mode, you will notice your watts go above and below the target line. This is due to your change in cadence, fatigue, or pedaling style. The trainer goal is to keep you at your target watts by making small adjustments to compensate for these changes.

How much above the target line the trainer takes you can get very interesting and can make or break your interval especially when you are going at or above your threshold. Ideally, you want that line to be as smooth as possible. Shane Miller did a nice video explaining ERG mode, which you can watch here.

For this little experiment, I wanted to put the two heavyweights smart trainers against each other to see how each one does ERG mode.

But first, let me explain how I ran this little experiment.

Since I can’t ride two trainers at the same time, I did the same exact workout one week apart. I also used the same exact setup for both rides. Same bike, same rider (me), same power meter.

Just to clarify, I am measuring power from my crank based power meter not the actual trainer. Zwift introduced Power match back in May. Power match is when you can use your power meter as the source when selecting ERG mode. Previously, to use ERG mode, you have to select your trainer as the power source. Currently, Zwift and TrainerRoad offer power match function. 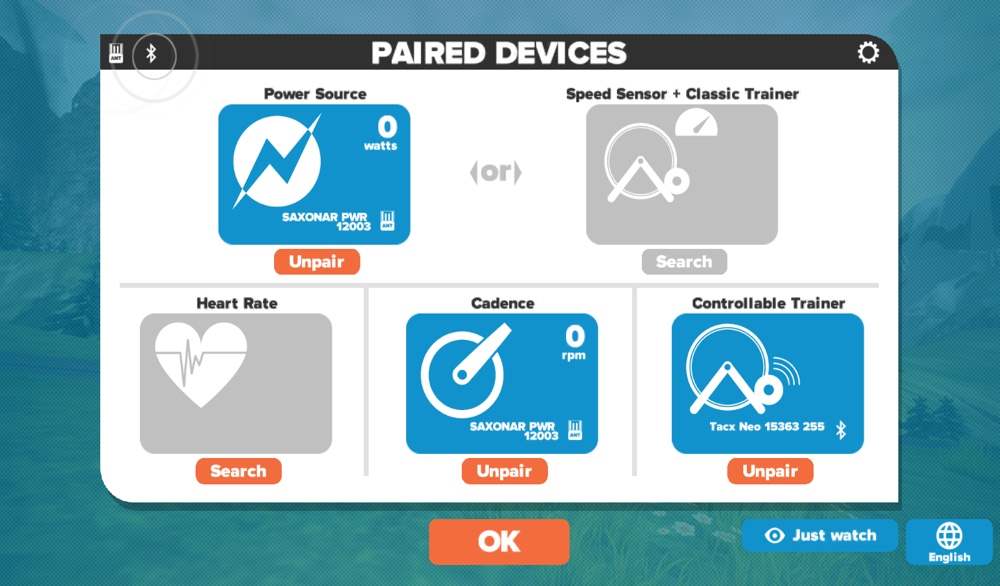 The graph below shows the full workout. I tried to be as consistent as possible with both workouts but had to make few adjustments after the first interval with the KICKR. So ignore the drops in the first recovery section. It is not the KICKR’s fault.

Also, I smoothed the power to 5 seconds.

You can clearly see in the chart the NEO responded to changes in my cadence a lot faster so I don’t have that many spikes and the intervals came as smooth as you will probably get.

Here is another view using a scatter chart to help illustrate the distribution of power between each trainer.

Let’s take a closer look and zoom into the second interval. The KICKR seems to have a larger variance in high and low power values. If you keep your eyes on your power numbers, you will notice the KICKR tends to vary +/- 5% off your target power. This is probably due to the heavier flywheel. This is really not noticeable by that much when you are trying to stay at tempo or sweet spot but anything at or above FTP can probably take its toll. When doing anything above FTP, I usually prefer not to use ERG mode.

The big jump at the beginning of each interval is due to me standing to get to the target power. The KICKR went up to close to 250 watts, that’s 15 watts above my target range, The NEO also went up to about 250 watts but stayed there for only a second or two and immediately responded to my surge in power and brought me back to 235 watts I was supposed to do.

Again, here is another scatter chart to view the power distribution between the two trainers:

Here is another look at the end of the interval. You can see how the KICKR power dips below target power where the NEO tried to keep me in-line. This is probably due to the KICKR trying to slow down its heavy flywheel compare to the NEO’s virtual flywheel.

Despite the little variations between the KICKR and NEO, the final numbers for each interval came out very close to my target as you see in the table below:

The whole idea of ERG mode is for the trainer to be able to respond to changes in your pedal stroke and adjust resistance accordingly. The faster and more precise these adjustments, the smoother the power line will come out.

Here is a closer look at my cadence throughout one of the intervals. My cadence varied between 75-90 rpm. At the start of the interval, as you see below, I increased my cadence to about 90 rpm and my power went up to about 250 watts. Then I settled my cadence between 75-85 for the remainder of the interval until the end. As the trainer released resistance toward the end to bring me down to 150 watts to recover for a few minutes, my cadence went from 76 to 86 because of the tension release as I was trying to ride out the interval. As you see, these changes didn’t really have that much of an impact on my watts because the NEO was able to quickly adjust.

This second chart below is from the Wahoo KICKR. Just like my workout with the NEO above, I increased my cadence to about 91 rpm at the start of the interval to get myself to target power. Power spiked all the way to 260 watts (target 250). After few seconds, things started to settle and the KICKR kept me around my target watts. My cadence remained consistent and I was actually smoother for the remainder of the interval at around 82-85 rpm.  Toward the end of the interval, the KICKR released resistance to bring me down to 150 watts and my cadence naturally increased from 81 rpm to 90 rpm as I was trying to ride out the interval and my power dropped to about 138 watts before bringing me back up to my target watts of 150.

Overall, I think both trainers respond well to ERG mode. The smoother your cadence the smoother the power line will come out. Whether you use it or not, is up to you. ERG mode can make your workout good and challenging.

Personally, I like to use ERG mode when doing long intervals at tempo or anything below FTP. Some other days, it’s good to let the body do the work rather than relying on a machine.