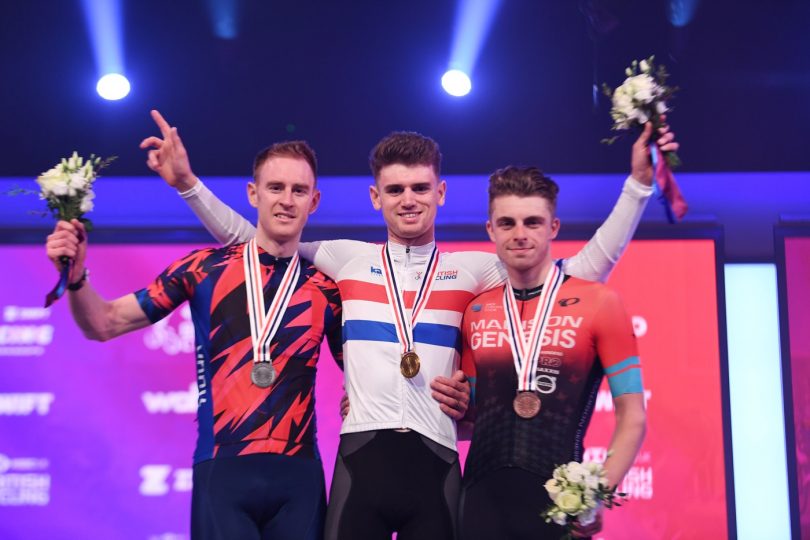 British Cycling Championships winner Cameron Jeffers has been stripped of his title and handed a six-month ban and £250 for manipulation of pre-race data.

According to the disciplinary charge:

It is stated that Cameron Jeffers participated in the British Cycling Zwift Championships qualifier on the 24 February 2019 and the British Cycling Zwift Championships Final on 28 March 2019, using in-game equipment that was obtained in a manner that contravenes the Disciplinary Rules for Cycle Sport, the Code of Conduct and the regulations stipulated in the General & eRacing Technical Regulations:

This constitutes misconduct under Clauses 3.1 and 3.2 (a), (c) & (h) of the Disciplinary Rules for Cycle Sport.

According to the charges and statement released by Chris Snook, Zwift PR manager, ” used a bot to ride on multiple occasions at 2000 watts for distances of over 200km with a weight of 45kg.”

This ANT+ simulator is a simple software bot that is available for anyone to download and use. It allows you to enter a value for either power, cadence, or heart rate and it broadcasts that value(s) over ANT+. So for example, you can set 1000 watts value and your Zwift avatar will move at 1000 watts. It’s designed to primarily test devices or simulation purposes.

It’s important to note that Cameron didn’t cheat during the actual event. The racing itself was clean and his power numbers were real. The cheating happened before the race.

According to , someone offered him to use this bot to help him get the Zwift Concept Z1 bike also known as Tron bike. To earn the Tron bike, you have to finish climbing 50k meters on Zwift. Jeffers or the anonymous friend used the ANT+ simulator and set his avatar to go up and down Alpe du Zwift multiple times until he earned himself the Tron bike in few hours without actually doing any riding.

Earning the Zwift Tron bike is not an easy feat. For me, it took about 6 months of solid climbing to earn the bike.

When I think of pre-race data manipulation, weight and height are the first things to come to my mind. Never in a million years thought of cheating my way to the Tron bike as a pre-race manipulation tactic.

Also, the timing of this news is all interesting to me. Just last week, Zwift announced that it will host the first-ever UCI Cycling Esports World Championships in 2020. Did they use this as a way to show how serious they are on cracking down on cheaters?

Zwift Terms Of Service clearly prohibits the use of any application that interact with their platform or emulate communication protocols:

Develop or use any applications that interact with our Platform without our prior written authorization, including any cheats, mods or matchmaking services or applications that emulate or redirect the communication protocols used by Zwift in any way, including for unauthorized play over the Internet, network play, or as part of content aggregation networks

It will be interesting to see how Zwift and UCI move forward. I am sure Cameron isn’t the only one that earned Zwift points with fake sweat drops.

What do you think? Let me know your thoughts below.